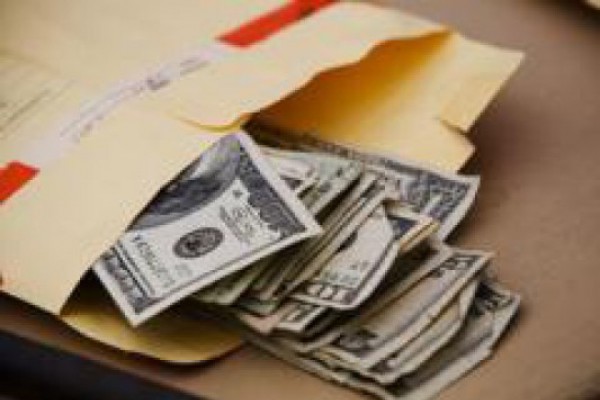 “As a result of wide scale anti smuggling measures, 40 people were detained by the officials of the investigatory service of the Ministry of Finance of Georgia for smuggling especially huge amount of goods”- information spread by the agencies.

At a glance, there is nothing unusual in this fact. Crime was committed all the time and everywhere, it is committed and will be committed yet again unless mankind adopts a unique method of crime prevention.

In brief, I was talking about crime which is especially characteristic to Georgia, but, it is unusual that crime facts discovered by Georgian law-enforcing bodies frequently give rise to doubt and lots of questions, particularly when the case refers to financial crime.

In Georgia, financial crime increases directly proportionally of the financial crisis in the country. A lot of facts are the evidence of the above mentioned things. As a matter of fact, the Lilo market incident, but a little earlier massive incarceration of “Pasazhi” and “Kidobani” dealers, were directly or indirectly related to financial crisis of the country. As it seems, the crisis on the one hand and the authorities’ terror on the other hand gave the big business a very bad time to such an extent that the power has even attacked the small business.

However, there is one more special kind of crime that is mainly committed by the businessmen who finance the authorities. If the society takes the terror of small businessmen to heart, it expresses no slightest sympathy with the fellow businessmen of the authorities. Perhaps, it is so because they were financing all the authorities all the time. As a result, hey were endowed with indulgence of population robbery – “little thieves are hanged but great ones escape”.

Just recently, as a result of a procedural agreement, Geno Malazonia – a leader of “Energi Investi” was released from imprisonment so that the society has no information about what accusations he was charged with then. The only fact was obvious that Malazonia who was demanded 165 million dollars by the power, was released from imprisonment after the authorities brought back Vano Chkhartishvili who had escaped to London that time.

The above mentioned information was delivered to presa.ge by a competent source. As our source says, at the right time, there was a stipulation between Malazonia-Chkhartishvili and the officials of the power that the Azote factory ( which was in “Energi-invsti’s” ownership) had to sell 1 tone of its own production at 350 dollars, from where, 210 dollars would remain in the factory, but 140 dollars would be so called “donation” to the power.

It turned out that when the authority demanded its share, it was responded that “Azote” could not manage to sell the production at more than 210 dollars. For that response, you may remember that the Ministry of Internal Affairs and the Prosecutor’s Office made assault on Azote factory, but Malazonia was imprisoned. In brief, Georgian law enforcement bodies burrowed through the accountancy and Malazonia was hooked in a lie. It transpired that Azote realization was made for 350 dollars in fact.

Very soon after Malazonia’s imprisonment, Vano Chkhartishvili escaped to London, but it was not a way out for him either. The authorities sent its spy there and the things were settled then.

“ The person who left for London to see Chkhartishvili is a “right hand” of Saakashvili in business management. A rather banal conversation was carried on between Chkhartishvili and Saakashvili’s “right hand”. Vano was told: “What was the point of your escape? You spread lots of rubbish on media. Did anyone bother you at impropriate time? There was an agreement you would bring the share, wasn’t there? Give us the money and no one will worry you. Go to your country and do your business.

In short, the hidden amount of money was calculated and it accounted for 14 million. They demanded him to pay 6 million “fine” for the escape and brought him back. – says our source.

So, Vano Chkhartishvili is in Georgia. Geno Malazonia – on “freedom” and we will often hear their names and “poly-chronion” made for the authorities by their side.

Now, we want to tell you a brief story about Malazonia-Chkhartishvili activities, though, before then, we want to note one more detail about which we were informed after Malazonia’s imprisonment.

After several days from Malazonia’s imprisonment, one of the political scientists revealed that Malazonia had been seen at the meeting with Noghaideli in Erevani. We can’t insist on saying that it is a real fact, but it is the fact that Russian links of Malazonia and Noghaideli has originated since Noghaideli’s assignment as Prime Minister.
Georgian-Russian joint stock company “Enerji Investi” was founded in 2004. The aim of the company is to attract financial resources and to implement investment programs. 58% of the company shares owns to Russian “Intergazinvest” and “Interinvest”, but the remaining part of the shares is distributed among Georgian auctioneers. However, it is very important that the main financial donor of the company is Russian “Vneshtorgbank”. This is the bank that acts in official Moscow’s interest and is an owner of assets of the former “ United Bank of Georgia” – VTB.

Presa.ge used to write then about the facts that during the “Rosy Power”, Chkhartishvili divided and shared energetic sphere together with David Bezhuashvili. As for Geno Malazonia, he was enrolled in Chkhartishvili- Sioridze team just from the time of Shevardnadze. In 1996-1997 Malazonia was even a head councillor of Supervisory Council of United Bank of Georgia”. After that, he held other posts during the reign of Shevardnadze as well as of Saakashvili. In the end he was entirely moved to “Enerji Investi”.

In 2005, “enerji Investi” purchased Rustavi’s factory “Azoti”, and now the Russians wholly implement its production and distribution. The experts often talk about the fact that behind all Russian companies which came to Georgia in roundabout ways, stand Georgian officials. But in the case of “Azote”, in competent peoples’ words Vano Merabishvili also has interest in the factory with the Russians.

Now let’s talk about how Russian managers of “Energi Investi” and Geno Malazonia are contacted with Zurab Noghaideli. The first thing is that “Energi Investi” entered “Azote” and it could not be managed without close relationship with the authorities. The other and significant thing is also the fact that with the help of the power, in 2006, “Energi Investi” finished construction of air-turbine-powered electricity generating station in Gardabani region.

According to the agreement, the current difference between the electricity production price and its selling one of the company must be covered by the state budget, that is crime if we say softly. But as the experts say, that scheme was one of the ways to make money, when so called black money was sent to some officials of the power. This is the time of Zurab Noghaideli’s post as Prime Minister.

Bringing new technologies of air-turbine-powered electricity generating station was recognized even as the year innovation by the authorities, but as it transpired later and it was expectable too, the country gained no benefit from that novelty. The thing is that the electricity produced by gas turbines was rather expensive for the country and “power system” was shifted to hydro resources.

This was followed by the confrontation between Geno Malazonia and Nika Gilauri who was the Minster of Energy of Georgia then. Vano Chkhartishvili and David Bezhuashvili, who represented the whole team yet then, launched a new deal and expressed interest towards hydro power plant and old power blocks construction in order to produce power in a combined regime.

Much has changed since then. Noghaideli is in opposition today. Malazonia and Chkhartishvili were and perhaps will long be donors of the authorities. Though, the situation inside the authority changes so eventually that it is hard to comply circumstance flow with logics. But one thing is never changed – the authorities forever have next door businessmen and as a result they are constantly engaged in propaganda that who is not with them - is their enemy. Simply it means that in such power condition, business and the country itself will never be independent. 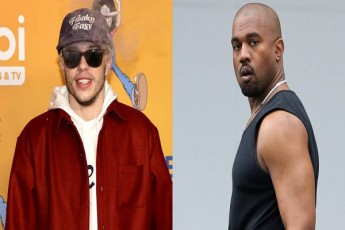 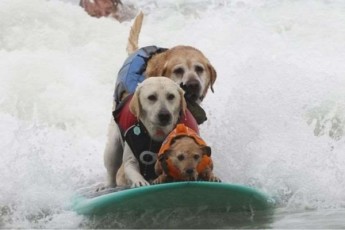 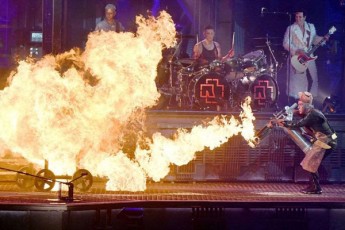 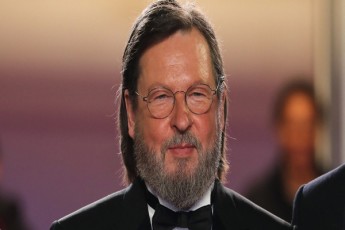 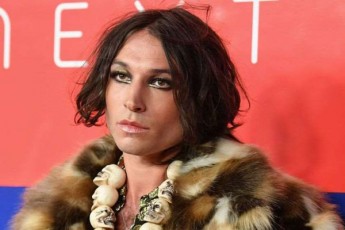 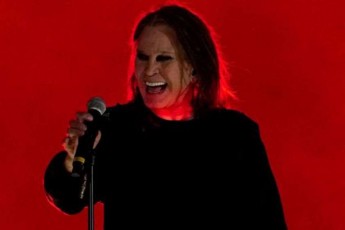 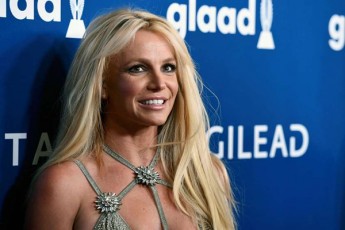 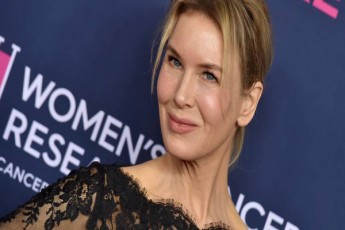 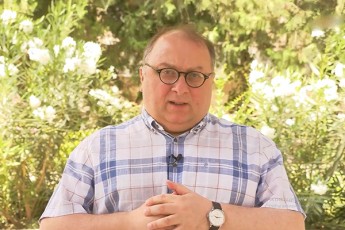 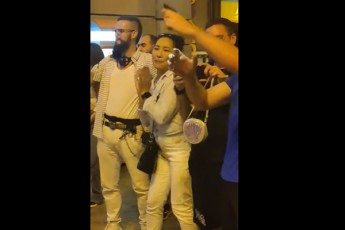 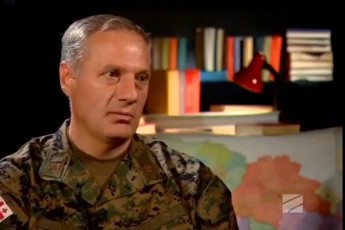